Pangea means entire earth. The supercontinent of 250 million years ago before the land masses separated into today’s configuration. At that time the world was one. Today it’s still one, of course, and we are all of the human race. But we have so far to go when it comes to tolerance, understanding and embracing each other’s differences. 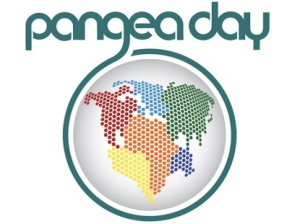 Pangea Day 2008 took a small, but meaningful step towards bringing us together through the international language of film. The idea took flight in 2006 when filmmaker Jehane Noujaim won the TED Prize (Technology, Entertainment Design). She was granted $100,000, and more important, a wish to change the world. Her wish was to create a day in which the world would come together through film.

On the Pangea Day web site they define their mission and purpose as follows:

In a world where people are often divided by borders, difference, and conflict, it’s easy to lose sight of what we all have in common. Pangea Day seeks to overcome that—to help people see themselves in others—through the power of film.

My description for Pangea Day? Sundance with a cause.

May 10th was Pangea Day. Films and speeches were streamed to a worldwide audience. Over 2,000 films were submitted for consideration. The broadcast was a 4 hour wonder for the eyes, ears, heart and mind. Here is one of my favorite films, shot entirely with a Nokia cell phone by Sumit Roy.

Follow this deep link to see all the films one at a time. To see the full show go here. Don’t have 4 hours for the entire show? View a one hour highlight reel here. Find ways you can take action and push this cause even further here. Hollywood, wake up. There is so much more you can do.