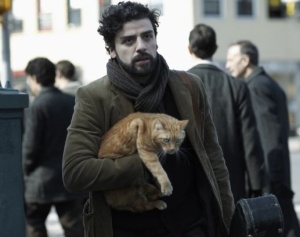 The Coen’s never make it easy on the audience. They weave their stories from the inside out. The very inner circle is deep with details and rich in emotion and meaning. As the circles swirl outward the fidelity of the details is dialed back. Occasionally they circle back to the inside but then come right back up, continuing to draw the circles but with dashed lines as they approach the surface of the film. That surface is what we see and hear on the screen. Their process is unique and always fascinating.

Inside Llewyn Davis is textbook Coen. Joel and Ethan leave it to us to color in meaning while they present us with one staggering scene after another. Most films today are cut, cut, cut; never allowing the camera to linger long enough to see everything in the frame. The Coens have perfected the exact opposite approach. They cut when the emotion of the scene says to cut.

Llewyn (Lou-in) played with solid pitch by Oscar Isaac is a wanna be folk singer now on his own after a break-up with his partner. He’s pretty much a despicable, irresponsible person that we have trouble drumming up even a smidgen of sympathy for. Llewyn does not have a home, or even a winter coat. He crashes at a different place every night, carrying his guitar and one bag of belongings. He sleeps on the floor, but on a good night he gets a couch.

He bounces from one bad experience to the next like the silver sphere in a pinball machine. The time is 1962 in the Greenwich Village poet/art scene. He rings the buzzer of Jean (Carey Mulligan) clutching a yellow cat with no where else to go. Ms. Mulligan has one of the sweetest smiles on the screen but can never show it off in this part. She constantly rails against Llewyn but has her own demons to wrestle with. Jean is with Jim (Justin Timberlake) who is connected to the record industry in a more orthodox fashion.

The story is a big circle, starting and ending in the Gaslight Poetry Cafe where folk singers take the stage in a dark, smoke-filled cellar space to perform. In between the bookends of the opening and closing scenes, the Coens take us through a truly realistic early 1960’s landscape. The clothes, cars, settings. All of it transports us back to the time of vinyl albums and big steel sedans, without the political statements. They are masters at conjuring up past worlds.

Without a clear explanation, Llewyn gets into a car on its way to Chicago driven by Johnny Five (Garrett Hedlund) and a burned-out jazz performer named Roland Turner (John Goodman). The exchanges between Llewyn and Roland are rich and hilarious. It’s a stranger’s perspective designed to provide Llewyn with validation that everything everyone is telling him is truth. There is a very large gap between the functioning world and Llewyn’s world, but he cannot see it. He is completely disconnected while being completely connected. Look for Goodman to get an Academy Award nomination for this small but powerful performance.

The film is beautifully crafted from top to bottom. Most of the technical aspects, despite being solid, take a back seat, overwhelmed by the acting and scene choice. The soundtrack was produced by the Coens with T. Bone Burnett who previously collaborated on Oh Brother, Where Art Thou. The music is the heart and soul of the film and if you listen closely and often enough, including dissecting the lyrics which were included by the filmmakers, you can fill in all those missing details. 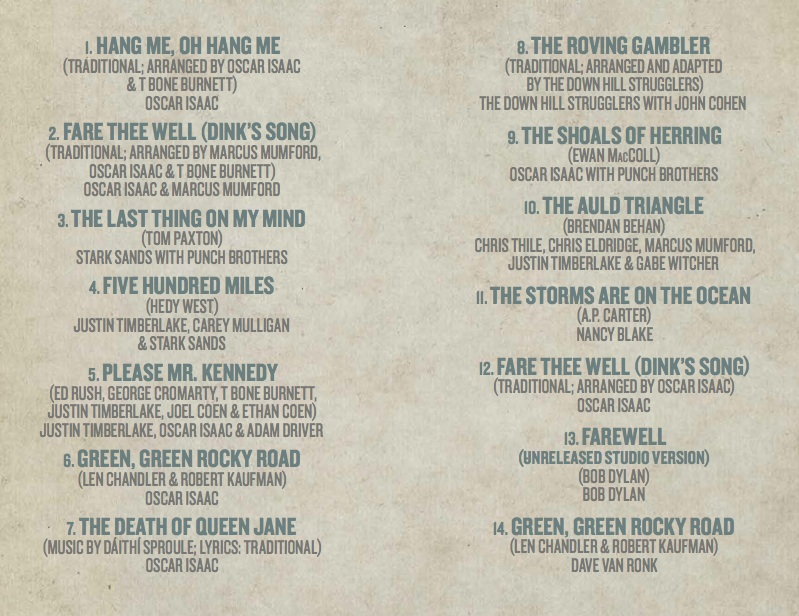 Reviews of other Coen Brothers Films.

No Country for Old Men

No Country for Old Men Essay