One of the most fascinating aspects of Money for me was sessions on fraud, security and of course hacking. I attended a keynote by Marc Goodman who started as a law enforcement officer in Los Angeles. He has been studying criminal behavior for years and has paired that knowledge with technology and of course the internet. He founded The Future Crimes Institute which is devoted to looking at where technology crime is going next. He painted a grave picture of what is happening and what could happen.

The evolution of crime was first low tech. A bad guy would come up to you, flash a gun or knife and you’d hand over your wallet. Pretty unsophisticated and hard to scale. One person at a time is a hard way to make a living. When trains came along the bad guys were suddenly able to rob two hundred people at a time. Now we’re getting somewhere.

Mr. Goodman recounted an event that took place in an undisclosed casino. The bad guys hacked their way into the casino security cameras and were now able to see what was happening at all the gaming tables. They sent in their gambling marks with ear pieces and directed them what hands to play. Before they were done they socked away $34 Million. Ultimate scale. The very system the casino owners installed to stop cheating was used for the express purpose of cheating and no one even knew it was going on.

In Mexico, Cartel guys have set up a countrywide cellphone network. Cell towers able to cover all 31 states, fully encrypted and available only to their own. Imagine creating a Sprint or AT&T type personal network.

Folks, robbing banks is over, forever.

He then took us even deeper into the abyss, down to the Dark Web. Free and open software programs like Tor can block your identity from networks, traffic analysis for browsers instant messages remote logins and much more. Anonymity is almost completely attainable. With this cloaking device people peruse anonymous marketplaces like the famous Silk Road where you can buy and sell almost anything. Talk about Black Friday.

And if that wasn’t enough, Mr. Goodman basically said anything is hackable. We have learned that retail point of sale systems are very much prone to hacking. As are computers, financial networks, you name it. It’s extending well beyond that into the home. Someone hacked a home baby monitor system and began yelling at the sleeping child using inappropriate language. The parents barged into the room to find no human form. Only a shrill voice coming from the monitor speakers. Do you have security cameras around your house? Have you changed the password from password or 1234 to something harder to crack? If not, go do it now.

Most of the internet traffic runs on the IPv4 protocol. Essentially this protocol serves as storage for all the IP addresses, or devices that can connect to the Internet. It allows for 4.3 Billion IP addresses (devices) to connect. Thought at one time to be quite a lot. Brings back those Y2K days doesn’t it. It turns out that space is nearly depleted, so the internet gods have come up with IPv6 and it is in the process of being rolled out. At this time about 10% of the internet traffic runs on IPv6 with more moving there over time. 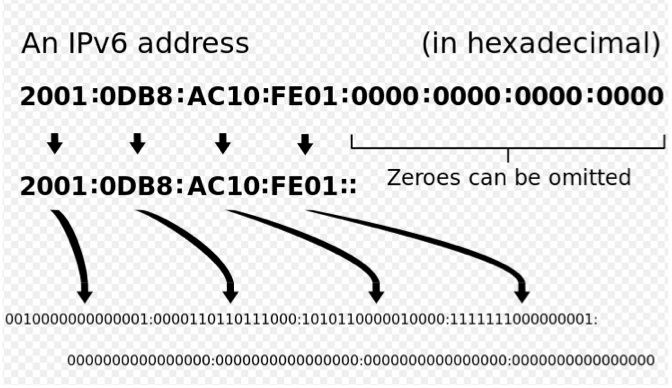 If IPv4 can support 4.3 Billion devices, you may be asking how many IP addresses of devices can be connected to IPv6. An excellent question. Somewhere in the neighborhood of 340 Trillion Trillion Trillion devices. A number so big that can’t be grasped in any way. The point is everything that can be connected to the internet will likely become connected and it’s unlikely anyone will be turned down by the information superhighway because of lack of space.

Beyond theft there lies the growing potential that this amazing technology will be exploited by terrorists. This could have far-reaching consequences unless tougher safeguards and protections are developed. I’m very happy Mr. Goodman is on the case.

Read Part 1:  The Future of Currency and Payments