Moonlight, a film by Barry Jenkins, is a deeply moving, personal and challenging 111 minutes. Mr. Jenkins’ screenplay is based on the story “In Moonlight Black Boys Look Blue” by Tarell Alvin McCraney, might just be the biggest small film I’ve ever seen. It carefully and painfully captures the life-arc of a black man struggling to find his place in a world that is in no way made for him.

Picture is framed in three acts, and titled as such on-screen. In the first act we are introduced to a boy who is dubbed Little by a fellow grade-schooler. He has a drug addict mother, no father in sight and lives in a tough Miami neighborhood housing project. He’s on his own most of the time, pushing through the difficult days and nights. Juan, a local drug dealer sees him and tries to help, but Little has few words. Mahershala Ali plays Juan, delivering a masterful performance as a man with two sides. One street tough the other tender and understanding. He unlocks something in Little’s soul. Plants a seed that will sprout later in the film.

In act two Little has grown into high school and becomes Chiron. We’re thrust into a more frightening world than before. Chiron does not dress like the others but carves out a semblance of a friend in Kevin who is used against him by the bullies in a violent way. Chiron has hit his breaking point and a single act changes the course of his life forever.

Chiron’s mother, Paula, is played by Naomie Harris. She delivers a combustible performance that is enhanced by Mr. Jenkins’ choice in framing and at times, silencing her dialog. One of the most impressive things about Moonlight is the quality and consistency of the acting. Role after role, actor after actor the characters are laid bare and the audience is drawn in; transported from spectator to witness. 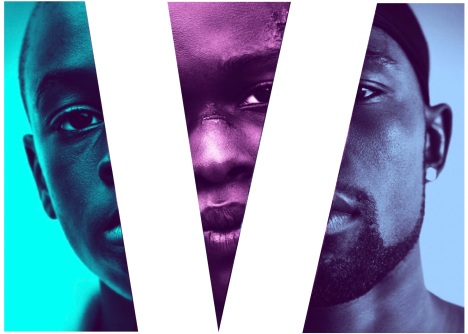 In the final act we meet Black (Trevante Rhodes). Grown now. Changed but still on a difficult journey. He has had time to ponder the past. In some ways he learns, in others he falls victim. Eventually Black catches up to his past.

The craft of Moonlight coupled with the amazing performances reminded me of Spike Lee; especially Do the Right Thing. The camera revolves to cover the story. We get dozens of perspectives and strong angles, but when necessary, it holds still, capturing the moments of truth, allowing us to process how far we as a culture and country have to go.