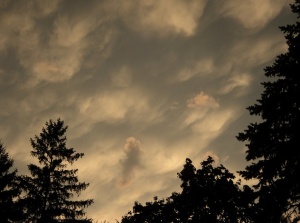 From about 1995 to 2003 the departments inside firms who were responsible for establishing and maintaining the enterprise online presence had to do most everything themselves. Jack of all trades if you will. IT of course helped, and eventually agency partners were hired, but for the most part it was a one area show. Those teams had to create content, design functionality, manage the email program, tag the assets, track, report, analyze, even market the sites to customers and prospects. I get exhausted just thinking about those years.

Over time it simply got too big for one team to do it all on their own. And so, tasks were transferred to other areas and assimilated into their everyday work. In most cases those other departments didn’t have digital experience or training, but they did the best they could with what they knew. Now as we are well into the 2010’s, specialists have emerged all over the enterprise and digital is being nicely integrated in many areas. Although we still have more ground to cover, there is progress and more importantly, momentum.

Social Media today is exactly where the web was in the late 1990’s. One team took the initiative to start, learn, stumble and love doing it. Others mostly sat outside the action, despite being intrigued and in wonder at what it may be ale to do for their business.

Learn from the past. Apply it today in social.

It is important to educate as many people as possible across the organization about social. I mean really educate. Not just recite the words Facebook and Twitter. Enlist their talent for creativity and business savvy and get them excited to experiment and learn. Do it now. Things are moving much faster in social than the web moved in the last decade. You won’t have nearly as much time this time around. The sooner you can accomplish this the better it will be for you, your team, your business and most importantly your customers.