The 85th Academy Awards ceremony is only a day away. So many terrific films and excellent performances this past year has caused me lots of back and forth in filling out my ballot. In my opinion there are only two slam dunks; Daniel Day-Lewis for actor and Anne Hathaway for supporting actress. The rest are anybody’s guess.

I have tremendous respect for Zero Dark Thirty, but I don’t believe the Academy will award it best picture. It may have stirred up too much controversy for the Academy crew. But beyond that it rakes up strong emotions that many of us have tried to move beyond this past decade. Instead I think the Academy will go with the  more likable Argo, which has had broad, popular appeal. Even though the film has embellished of some facts for added drama, it blends another time with satisifying emotions. I’m never that concerned with getting each and every fact right. We know Hollywood has never called itself a truth factory. I’m settling in on the following. 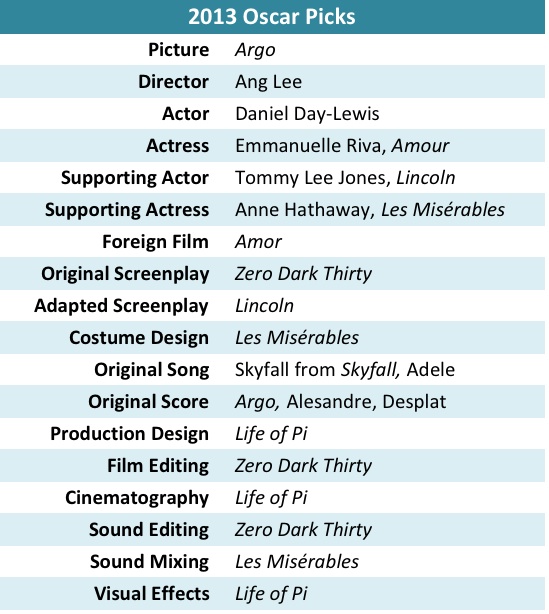