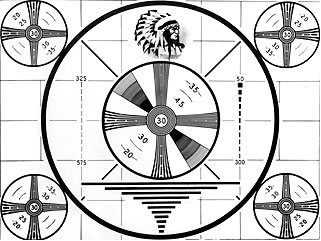 The New York Times recently ran a story by Randall Stross assessing how big brands are doing with advertising campaigns on social networking sites like Facebook. The results have not been encouraging for advertisers. Top line: big brands can get consumers interested (term used loosely) using old school tactics like sweepstakes or spend gobs of money on slick interactive campaigns. Neither keeps them engaged for long. In meetings at my own company as well as monitoring conversations across the Internet I hear the same basic question posed over and over. “How do you advertise on these sites to get results that move the business?” In my humble opinion it seems there needs to be an entirely different question, or set of questions asked.

Advertisers/marketers are thinking about things the way they’ve always thought about them (for the most part). Create a knockout, break-through-the-clutter, campaign/commercial and people will flock to your product or service. It has definitely gotten more integrated over the last few years, as advertisers have moved from the :30 spot as king, to stacking several mediums to reach a more attention-fractured public. But anytime a new audience-set or demographic is discovered, the same stale old playbook is put on the field. That’s followed by a lot of money being poured into agencies and media. That in turn is followed by head scratching, research and then in many cases a pause in all activity until it can be “nailed.”

Social media sites are about humans connecting with other humans and sharing common thoughts, information and experiences. The hooks get deeper when people began allowing others a view into the window of their emotional world as well. A health challenge, work success, family milestones, etc. People used to go online for two things, to learn or to do. Now you can add to connect as the third pillar of that stool. Ads are tolerable, and perhaps even occasionally welcome under the first two scenarios, but way off limits in the third. “Don’t pollute my pristine landscape with billboards and neon, I’m tryin’ to take a picture here.”

Two decades ago the media world revolved around the :30 second TV spot. Advertising started there and then radiated out. Today the heart of that solar system has been replaced with the Web. Not a web site, the entire web. There is a difference. A television was a television was a television. Fully compatible, everyone had the same experience, one form factor. You sat on the sofa and watched. Today, with the web at the center, complexity sets in. There are browsers on computers, televisions, mobile handsets; a consumer could be anywhere. The technology is all over the map and advancing weekly. Ads are now embedded in YouTube user-generated content videos for heaven’s sake.

No one single campaign will be able to make a big enough impact any more. Hitting that big home run is tougher and more expensive, which raises the risk. In today’s economic climate brands are looking to cut back, not spend on experiments. As I’ve said over and over in this space, don’t gold plate your efforts. Instead, create dozens of small, mini-campaigns, spend as little as possible and get them out there in rapid fire fashion.

Ideate, execute, learn, repeat. Senior managers will require you to justify a $500,000 campaign, and if it doesn’t pay back, it’s curtains. But no one will really pay much attention to something that costs $10,000. Just think you could do 50 smaller campaigns for the price of one big one and avoid all that scrutiny. And, you will get more data back in small bites that can be incorporated into the next small effort. It’s iterative advertising (a term just coined by me).

We’re a long way from cracking the code here, and arguably we may never fully crack it, because it’s a moving target. TV held still for a generation. The web will always keep transforming. One thing I’m sure of. Banners won’t work in places where people go to connect.